Former NFL player Colin Kaepernick has been given a top sports award for using his position to promote change.

Beyonce made a surprise appearance on stage to present him with the Sports Illustrated Muhammad Ali Legacy Award.

Ex-San Francisco 49ers quarterback Colin Kaepernick sat during the US national anthem last year in a protest over race equality.

Many larger protests followed, with President Trump saying other players who did the same should be fired.

Celebrities then used the hashtag #takeaknee in solidarity.

Beyonce said: “[Kaepernick] took action with no fear of consequence or repercussion.

“[His] only hope [was] to change the world for the better. To change perception, to change the way we treat each other, especially people of colour.”

On receiving his award, Colin Kaepernick said: “I say this as a person who receives credit for using my platform to protest systemic oppression, racialised injustice and the dire consequences of anti-blackness in America.

“I accept this award not for myself, but on behalf of the people.” 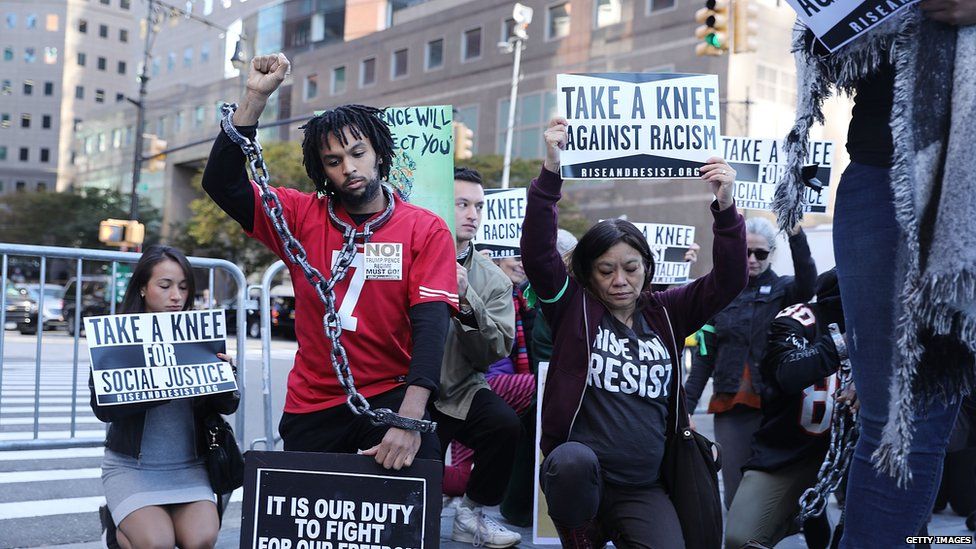 The player made headlines at the start of last season when he refused to stand for the national anthem.

He was dropped by the San Francisco 49ers earlier this year and hasn’t found another team since.