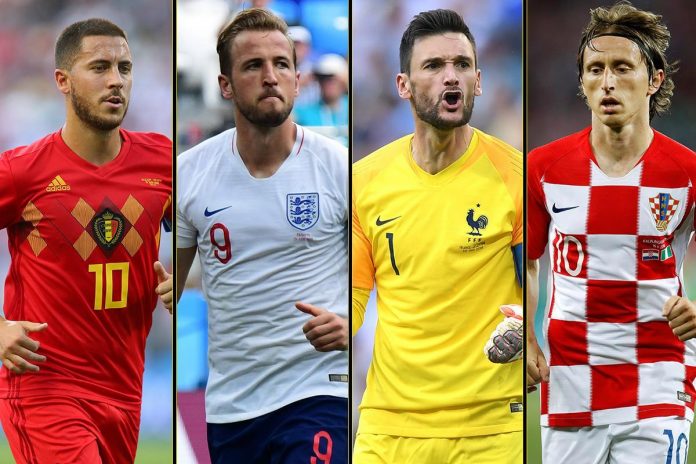 We will likely see a familiar face lift the World Cup

There is now a 50% chance that a Tottenham player will be the man to step up and lift the World Cup on July 15, and a 25% chance it will be a Chelsea player.

This is because, of the four teams left in the tournament, two of their captains play for Spurs, while one plays for the Blues.

Of course, this doesn’t account for each teams actual odds of winning the tournament, and just takes their chances at a base rate of 25%, however it is still an interesting prospect nonetheless.

England’s captain is Tottenham’s Harry Kane and he would assume responsibility of lifting the trophy, should the Three Lions win their two remaining matches.

France meanwhile are lead by another Spurs man, Hugo Lloris, and he would be the man to claim the honour should his side go all the way.

While you might be surprised to hear it, Chelsea’s Eden Hazard is Belgium’s captain.

The Blues star leads his country, despite them having the likes of Vincent Kompany among their ranks.

The only way a non-Premier League player can lift the trophy this year is if Croatia now go on to win the entire tournament.